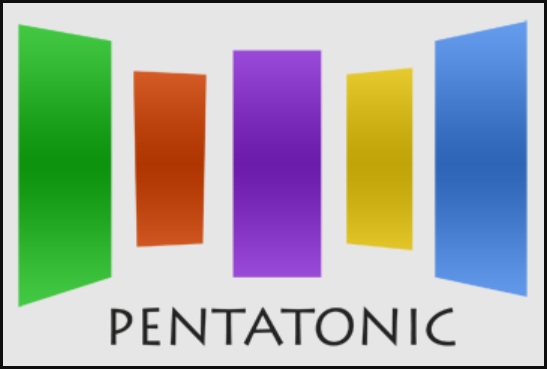 While all the scales are important, sometimes it's hard to know where to start. There are major scales, and then there are minor scales - melodic minor, harmonic minor and normal minor scales, without even mentioning the dorian scales and a whole bunch of other patterns to learn.

But is it possible to perfect them all, all the time, forever? Does it feel like even if you could work all that into your practice schedule, you'd be spinning plates?

Part of the problem with learning an instrument is you can't learn everything all at once. Sometimes, you've got to do the "wax on, wax off" stuff for a while. But when the questions go through your head about why you're doing wax on, wax off, and you have little or no idea about why you are doing what you're doing, it can get real discouraging.

Practicing scales and arpeggios can be very effective in helping you learn your way around your instrument. It does so in a number of ways:

Also, read....
The Power Of Focus In Instrumental Practice

Scales are really "note collections" that express a certain mood or feel.

The feel you get playing a major scale versus the minor scale is the emphasis on different notes because of the timing of them as you play.

When you play the C major scale, it sounds like it "resolves" as a major key because of the relative pitch of the notes you played in a balanced rhythm before you ended on the last note of the scale - the C.

When you play the A minor scale, it sounds like it "resolves," or "speaks" as a minor key because of the pitches of the notes that came before it, and with the rhythm the scale was played which emphasized certain notes on the beat before you landed on the A.

But the notes in both scales are the same collections of notes. It is the order and timing of them that puts an emphasis on certain notes that your ear "remembers" across the beats that gives the feel you end up with.

So how do you make the most of the pentatonic scale?

If you have a good sense of what you need to practice regarding scales, you should have a good idea of what to do with the pentatonic scale. In other words, go over the scale as you would your other scales - up and down, over the entire range of the instrument. Practice it in intervals of seconds and thirds, too.

Also, read....
Chad LB vs Donna Schwartz - Which Is The Better Online Course?

The idea is that whatever you would do with the regular major and minor scales to get comfortable with them on your horn, you should do with the pentatonic scale, too. You want to play it, hear it and feel it as it is - a small set of the notes you play in your regular scales. Familiarity with this scale will help you "fall back" to it when you're soloing. It will give you a set of notes in any key that are comfortable places to play from and to land when you're not sure where to go next.

The pentatonic scale is a good way to cover a lot of bases with your practice routine.

Give it a whirl. And if you're interested, I'm working on an exercise series called the "pentatonic primer." It's designed to help you learn to develop some real chops on the pentatonics. Join the site if you want to be kept in the loop. It will be coming out soon!

Sign up here to be notified when the module is ready for launch! I would love to hear from you, too, by the way. I'm still learning the ropes of developing a web site but if you have questions or suggestions (or if you think you might want to contribute an occasional article or two in exchange for a link back to your site, drop me an email and explain what you're thinking so we can see what we can do that will help others who might want to develop their sax skills, too!

And let me know if you have any questions or comments with the form below. I always love to hear from my readers.